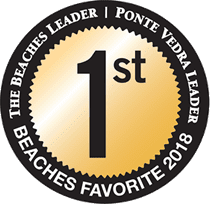 As one of the oldest communities in Florida, Fernandina Beach has a long and storied history, and its residents honor that history today. Eight flags have flown over what is now Fernandina Beach, as France, Spain, Great Britain, the Patriots of Amelia Island, the Green Cross of Florida, Mexico, the Confederate States and the United States all ruled the area at one point or another. The city is known today as the “Isle of 8 Flags,” as it is the only American municipality that has flown eight national flags in its history.

After being contested between France, Spain and Britain for centuries, the town of Fernandina acquired its present name in 1811 in honor of King Ferdinand VII of Spain. A succession of renegades, privateers and adventurers captured the island during the mid-19th century. The re-conquest of Fernandina by Union forces during the Civil War meant the area’s return to the United States, and in the years since then, Fernandina Beach has grown into a city of over 10,000.

Fernandina Beach is the county seat of Nassau County in northeast Florida, part of the greater Jacksonville area. As of 2010, Fernandina Beach was home to nearly 12,000 residents.

History plays a huge role in life in Fernandina Beach today, and residents and tourists alike enjoy visiting the area’s many historic sites. One of the most notable is Old Town Fernandina, the remnants of the original community founded by the Spanish in 1811. Much of the original site remains accessible, though some of it has been lost to erosion from the Amelia River.

A top local outdoor destination is Fort Clinch State Park, home to one of the most well-preserved 19th-century forts in the country. While Fort Clinch never saw battle, it was an active military installation during both the Civil War and the Spanish-American War. Today, in addition to guided tours of the fort itself, visitors can enjoy swimming, sunbathing, beachcombing, fishing, hiking, cycling and more thanks to the nearby beaches and nature trails.

Fernandina Beach is part of the Nassau County school system, which operates two elementary schools, one middle school and one high school in the city. All of Fernandina Beach’s public schools have earned an “A” rating from the State of Florida. Somewhat appropriately given the area’s history, the Fernandina Beach High School athletic teams are nicknamed the Pirates.

Fernandina Beach is also home to a private Catholic school, St. Michael Academy, which covers prekindergarten through the eighth grade.

Like most of Florida, Fernandina Beach enjoys a warm, sunny climate. Summer highs can easily reach the mid-90s, and even in the winter, it’s rare to see temperatures dip below 40 degrees. To stay cool and comfortable throughout the year, Fernandina Beach residents depend on great air conditioners and heat pumps.

Since 1975, Ocean State Air Conditioning & Heating has proudly served Fernandina Beach and the surrounding communities. Whether you need a brand new air conditioner for a newly constructed home, ongoing maintenance for your existing system or an emergency air conditioning repair, our technicians have the skills and equipment needed to get the job done the right way.

Thanks to our technical expertise and the consistently positive feedback we’ve gotten from our friends and neighbors, we’ve earned the honor of Carrier factory authorization. Most of our air conditioning repair technicians hold the HVAC industry’s top credential, NATE certification. We’re proud to be the HVAC company of choice for so many Fernandina Beach residents, and we’ll be happy to bring our heating and cooling expertise to your home.